Yarico – from a story to brand development 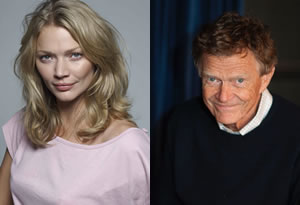 Inkle and Yarico (or The Curious History of Inkle and Yarico ) is set in the late 18th and early 19th centuries, and spans England, South America, and the Caribbean. A story of love, betrayal, and redemption, set against the background of the struggle to abolish the slave trade in the British Empire, it deals with epic themes (slavery, liberty, gender, injustice, hypocrisy, and racial intolerance), as well as the problems posed by individual moral responsibility. It is conceived on a large scale, and combines elements of ‘traditional’ musical theatre with ethnic music drawn from both South American and black cultures.

Yarico Productions strongly believes that art, and theatre in particular, has powerful educational potential; we intend to maximise its strength by collaborating with and supporting several different charities and cultural institutions such as the Anti-Slavery International – the world’s oldest international human rights organisation founded in 1839. We hope that the fruits of our work will engage the public and help to raise awareness about important social issues.

The core of the plot of Inkle and Yarico is based on a true story. Over 340 years ago, Richard Ligon, an English visitor to Barbados, met a female Amerindian slave on the Kendal Plantation, where Ligon happened to be staying at the time. On his return to London in 1657, Ligon published a book ( A True and Exact History of the Island of Barbadoes ), which included the sad tale of how the Indian slave-girl, Yarico, had come to be in Barbados. An English ship had put ashore on the Spanish Main - most likely Colombia - and one member of the shore party had become separated from the rest. He would have been murdered by the Amerindian natives, had Yarico not discovered him and hidden him in a cave. Eventually, when the ship’s boat returned for the straggler, Yarico, now in love with the Englishman, joined him on board the ship, which was bound for Barbados. There, in what was described by Ligon as ‘the blackest, most disgraceful Piece of Ingratitude that History or Romance can furnish’, the Englishman sold Yarico - born free as he, and the woman who had saved his life - into slavery. To quote Ligon again: ‘And so Yarico, for her Love, lost her Liberty’.

Yarico’s tragic tale languished in obscurity until 1713, when Sir Richard Steele, editor of The Spectator, and also a Barbadian landowner by marriage, published his romanticised version of the story in The Spectator. In his retelling, described at the time as one of the little masterpieces of literature, he gave the name of Inkle to the otherwise anonymous Englishman, and added a variety of other poetic and romantic details. He also put a sharper edge on Inkle’s ingratitude by making Yarico be pregnant at the time he sold her into slavery, Inkle using her condition to raise her price.

The story of Inkle’s inhumanity and Yarico’s unhappiness caught the imagination of both Europe and the United States. Yarico’s suffering was one of the formative influences behind Rousseau’s conception of the ‘noble savage’; and, during the 18th century, nearly 50 treatments of the tale were published - as poetry, ballet, drama, and opera - in many languages, including English, French, Dutch, Spanish, Russian and German. (Further information on the Inkle and Yarico ‘phenomenon’ may be found in the book English Trader, Indian Maid: An Inkle and Yarico Reader , edited by Frank Felsenstein, and published in the USA in 1999 by the John Hopkins University Press.)

In 1787, a new opera entitled Inkle and Yarico opened at London’s Haymarket Theatre, with a libretto by the popular playwright George Colman the Younger, and music by the King’s Composer, Dr Samuel Arnold. Although the opera was not exactly true to the story - Colman contrived a ‘happy ending’, in which Inkle repented at the last moment, and decided to marry Yarico rather than sell her - it was an immediate success; and, in the last decades of the 18th century was performed over 170 times at Covent Garden and the Haymarket.

By the 1780s in England, a strong anti-slavery sentiment was brewing. The cruelty and decadence of West Indian planters, in particular, had become notorious. The anti-slavery campaigner William Wilberforce, among others, was agitating vigorously for the total abolition of the slave trade. Although Wilberforce, being of a puritan turn of mind, had little time for the theatre, the great success of the opera of Inkle and Yarico, and the contribution it made to public awareness and discussion of the issues surrounding slavery, was of enormous help to the anti-slavery cause, and Wilberforce was not slow to capitalise on it. Indeed, an anti-Wilberforce political cartoon of the time shows him lounging on a sofa surrounded by grotesque, semi-naked black women, while, on the wall above his head, is a picture entitled ‘Inkle and Yarico’.

Eventually, after a long and bitter struggle, the bill to abolish the slave trade in the Empire was carried in 1807 - a triumph for Wilberforce and his supporters. Undoubtedly, the story of Inkle and Yarico had played a great part in turning the tide of public opinion decisively in favour of abolition.

Spirit Eternal” from Yarico the musical

During the course of the 19th and 20th centuries, other issues came to the fore, and musical and theatrical tastes underwent profound changes. The Inkle and Yarico theme, and the opera that was based on it, were forgotten, except as footnotes to university courses on the history of colonialism and race relations. And so things might have remained, had the opera not come to the attention of the Kidd family, who produce an annual festival of music and drama at the Holders Plantation in Barbados. Attracted by the Barbados connection, they re-staged the opera - the first time it had been produced since 1830 - as part of the 1997 Holders Season, with new arrangements by the composer Roxanna Panufnik.

From these beginnings, the modern day musical Yarico was born leading to a full run at the London Theatre Workshop in February 2015.

The LTW production was accompanied by the initiation of a new educational programme created by Trestle a theatre company and a charity, in collaboration with Yarico Productions. This educational initiative consists of school workshop designed to suit secondary school students and educational resources such as the workshop book and lesson plans. The workshop programme was put together by experienced drama and educational practitioners to allow combination of physical theatre techniques with inclusion of material covered by the national curriculum.

Feedback received from the audiences and the industry inspired another idea – creation of a more accessible way of telling the story. The Yarico Lite – a shortened, concentrated version of the full show was born. This format is ideal for smaller venues ranging from schools, universities, museums, conference-centres etc. It is about introducing the story of Yarico with the use of a combination of narration and most popular musical numbers from the big show. Yarico Lite can go wherever the audience is, creating an unforgettable experience.

Furthermore, the success of the recent London production resulted in high levels of interest in the story and its potential. Yarico Productions teamed up with Nomadic Films to produce a documentary film where Yarico’s story is explored from a new, fresh perspective. The main theme of the film is the concept of arts as activism and how artistic creations and activities contributed to shaping society’s perceptions and attitudes historically. Using the story of Yarico we explore this subject giving the viewers an insight into socio-political landscape of the 17th/18th centuries, moving towards today.